This map shows the spread of the Zylbernadel family, in Eastern Poland, during the 19th Century.

All early records are from Belzyce, but, during the 19th century and particularly in the second half, due to marriage and other reasons, the Zylbernadels spread to other shtetls, in the region, to a radius of about 50 Km from Belzyce, mostly to the west of the town, even as far as Josephow nad Wisla and the Jewish suburb of Krakow, Kazimierz, both on the Wisla (or Vistula) river.

By the end of the century, some were living in Lublin, the main town of the region and by the early 20th century, when rail travel became commonplace, some found their way to Warsaw, now the capital of independent Poland, about 150 Km north-west of Belzyce and Lublin.

Most perished in the holocaust of the early 1940s, but my grandfather, Jacob, took a train to Paris in 1912 and finally re-married in London, in 1918. My father, Mojzesz and his brother, Zelig, followed on to London, about 1922.

A few years later, their half-sisters, Rosa and Annie, were  born, who subsequently emmigrated to Canada, in the 1950s, where they had six children, between them, two of which have two offspring each. Of Mojzesz (later Maurice Selby)'s three children, only I have offspring - two daughters, each of which now has a son.

...and so the genetic line continues, even though the name is no longer in use. 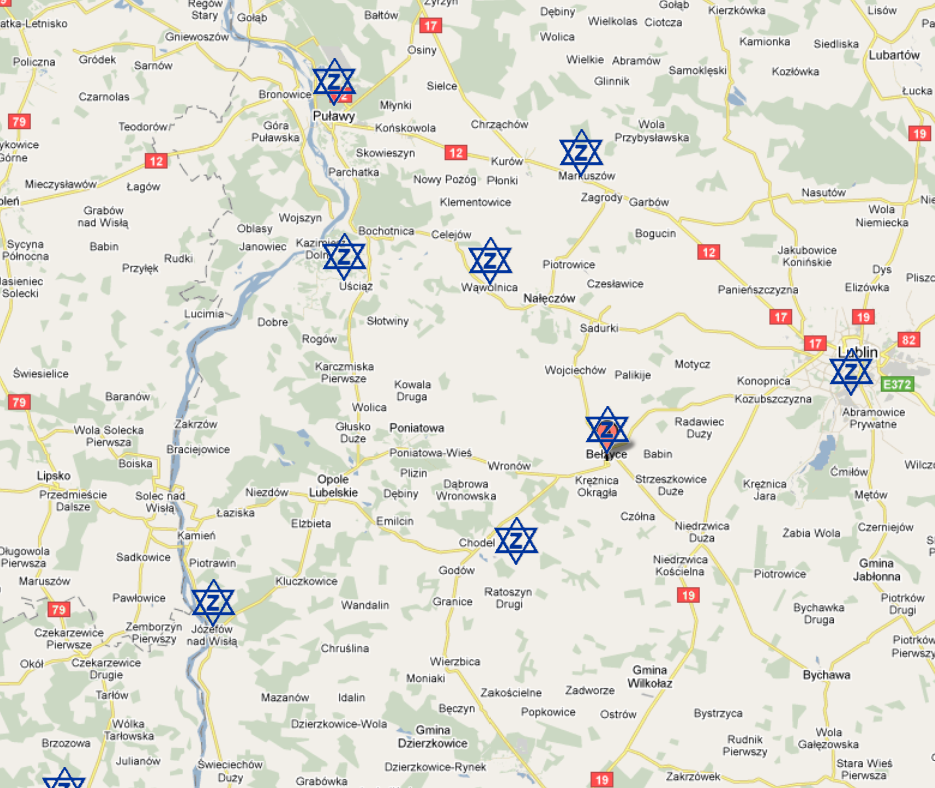 N.B. Warsaw is about 100 Km to the north-west of the map. The half-hidden symbol, at the bottom of the map, refers to the town of Osarow, in Kielce province, just off the map, where there is an 1887 record of the marriage of Berek Zylbernadel to Slawa Diament and the subsequent birth of Simcha, in 1892.